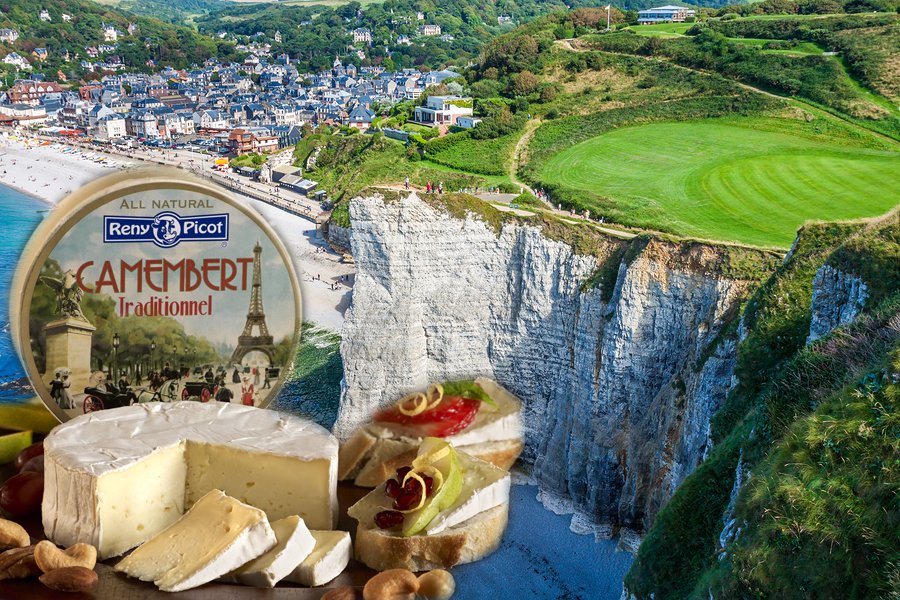 Our travels begin in France, where an average of 57 pounds of cheese are consumed per person annually.

Many researchers believe cheese may help solve the French paradox—a perplexing phenomenon in which French people, who tend to have diets rich in cholesterol and saturated fat, have low rates of heart disease and a relatively high average life expectancy.

For comparison’s sake, just across the channel, British people have twice the heart disease-related deaths, though a similar life expectancy. And though the U.K. is not known for a tradition of healthy eating, with a diet rich in red meat and fried food, British people consume about half as much cheese as the French.

A French proverb claims, “un fromage par jour de l’année,” meaning there is a different cheese for every day of the year. It depends on who you ask, but that number is probably low, with some people claiming there are 350 to 400 distinct types of French cheeses, while others say that figure is closer to 1,000.

What makes France so well-suited for cheese production?

Despite being geographically smaller than the state of Texas, France has a wide variety of climates, ranging from the salty coastline to rolling pastures. The geography, soil, and climate of a region plays an important role in contributing to the flavor of milk from the cows, sheep, and goats that produce iconic French cheeses.

This well-defined cheesemaking tradition in France has created an array of cheeses so spectacular that they required their own course at dinner: the cheese course.

The cheese course is a sacred tradition in French cuisine usually served directly after the main course, but before dessert. Devoting an entire course to cheese gives it the appreciation it deserves. Choosing which cheeses to serve is an art form, but classically, the French have at least three cheeses, either representing different milks or different families of cheeses, such as a fresh cheese, a natural rind cheese, and a washed rind cheese.

At Old Europe Cheese, we have been handcrafting two different soft-ripened French cheeses—Brie and Camembert—in our state-of-the-art factory in Benton Harbor, MI since 1987. These cheeses are made using special open cheesemaking vats imported from France, French molding equipment, and curing cellars built by French technicians to create the perfect environment to age the cheeses.

What’s your favorite way to enjoy Reny Picot’s French cheeses and embrace your inner bon vivant? Visit our Facebook page and let us know—we’d love to hear from you!