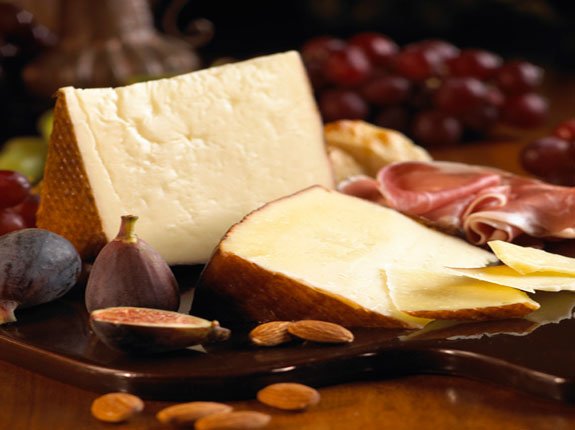 While cheesemakers in places like France and Italy often extol the importance of tradition, Spanish cheesemakers seems to focus more on combining tradition with innovation. The practice of handing traditional recipes down through the generations and an innate willingness to experiment and see what comes of it has shaped the thriving cheese culture in Spain.

This cheese credo was thought to be established during the Franco regime in the mid-1900s when regional cultures were suppressed and artisan products, such as cheese, were discouraged in favor of industrial ones that could feed the population cheaply. After the fall of the regime, people began to celebrate their regional heritage again. As it turned out, this turbulent time didn’t wipe out regional products from the map, nor did it wipe out an appreciation for quality over quantity, but it instead drove Spaniards to become more active culinary innovators.

Some of the varieties of cheeses that were invented during this time are perhaps hardly known out of their city or region, but many have gained world renown and some even have Designation of Origin.

Manchego is Spain’s most famous cheese and is in fact world-renowned. Its hard rind is impressed with plaited esparto marks along the sides, while the top and bottom have elaborate patterns left behind by the forms utilized in pressing the cheese. This distinguishing exterior is based on the traditional molds used to form Manchego cheese, which are typically made out of straw and flowers and imprint the rind with a zigzag decor.

But just like sparkling wine can only be called champagne if it comes from the Champagne region of France, the same principle is true for Manchego cheese. For a cheese to be labeled Manchego, it must be produced from the milk of the Manchega breed of sheep in the La Mancha region of Spain.

At Old Europe Cheese, we follow the time-honored recipes handed down by Spanish generations. However, our domestic version of the national cheese of Spain is made from 100% pasteurized cow’s milk instead of the traditionally used sheep’s milk.

At Old Europe Cheese, we have been combining tradition and innovation and handcrafting Mantoro—aka “Michigan Manchego”—in our state-of-the-art factory since 1987. What’s your favorite way to enjoy Reny Picot Mantoro? Visit our Facebook page and let us know—we’d love to hear from you!